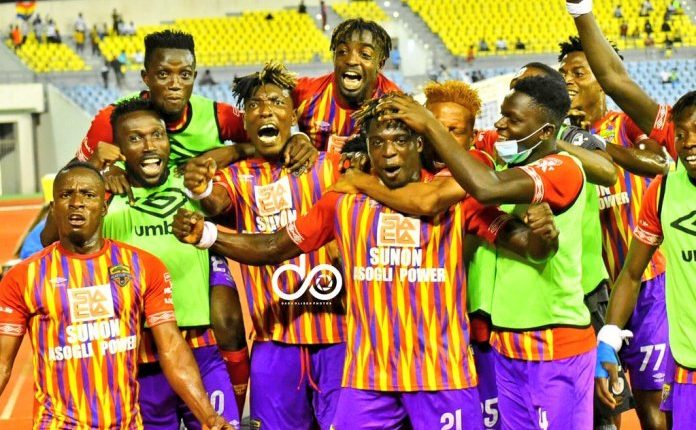 The phobias will play the Guinea Champions in the one- match fixture at the Accra Sports Stadium on Sunday, September 19, 2021.

According to the statement from Communication Department of Hearts of Oak headed by Kwame Opara Addo said, interested media houses and journalists can apply for passes via email [email protected] today Tuesday September 14 and will end on Thursday, 16, 2021.

Hearts of Oak Line-up TWO International Freindlies ahead of…

The club requires that the application letter be written on official letterhead signed by the head of the department as well as the applicat’s passport- size photograph.

The statement also notified that only, few journalists or media will be considered

Check the statement below: