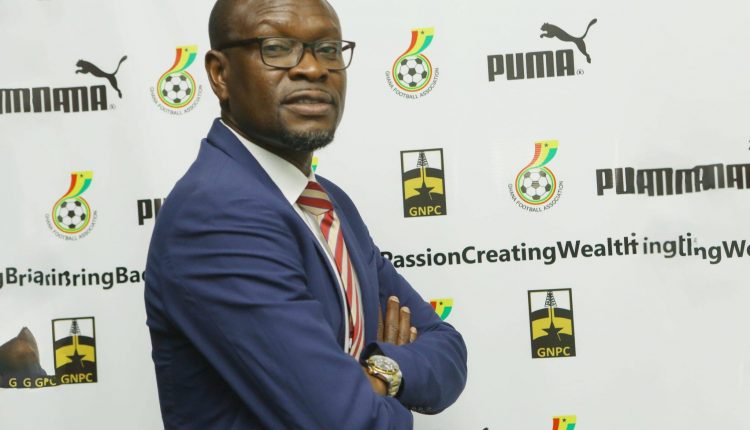 Immediate-past Black Stars trainer Charles Kwabla Akonnor has expressed his profound geat in the wake of his sack at the senior men’s national team post.

The former Wolfsburg skipper was shown the exit door on the back of Ghana’s first competitive loss to South Africa in the 2022 World Cup qualifiers last week.

Ghana Ranked 53rd In The World, SEVENTH In Africa In Latest…

IF YOU DON’T SCORE…Video Of CK Akonnor…

The one-nil loss to South Africa proved to be the last straw that broke the camel’s back with series of endless backlash over the poor showing of the Black Stars and a clarion call for his head, which came to fruition yesterday when the Executive Council took the decision to sack Akonnor.

CK Akonnor’s sack has divided opinions with a school of thought propounding the theory he was set-up to fail amid unsubstantiated claims of call-ups and selections forced on him while his critics have intimated the former Asante Kotoko and Hearts of Oak gaffer did not inspire enough confidence in the dugout while also questioning his tactical, technical competence and testicular fortitude to confront the powers that be.

“I’m grateful to H.E President Nana Addo Dankwa Akufo-Addo, the Sports Ministry, my former boss Kwesi Appiah, the leadership of the GFA, colleagues I worked with, players and Ghanaians for the opportunity to serve. Wishing the team all the best. Thank you Ghana”

Ghana Ranked 53rd In The World, SEVENTH In Africa In…

IF YOU DON’T SCORE…Video Of CK Akonnor…