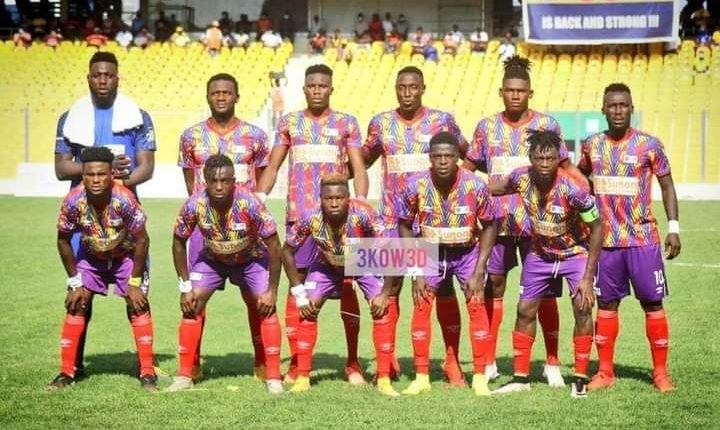 Hearts of Oak coach Samuel Boadu has named a 24-man squad for their Morroco trip as the Phobians go in as guest of Wydad Athletic Club in their second CAF Champions League preliminary stage encounter in Casablanca.

About 40 contingent, including players, Technical men, management members, is making the trip to the Magribian region, where the Phobians will have taste of their first continental away challenge in six years.

Hearts of Oak beat WAC by 1- 0 in Accra and need at least a draw to grab a straight qualification into the money zone – a stage that has eluded them for 15 years.

Ex-Hearts Midfielder To Be Enstooled As Paramount Chief Of…

Today In Sports History: Hearts of Oak come from behind to…

The Coach, Samuel Boadu, named his team of familiar feet, including Caleb Amankwah and Raddy Ovouka, whom reports indicate have recovered from injuries.

24.Patrick RazakPATRICK
The return encounter is scheduled on Sunday, October 24 at the Stade Mohammed V in Casablanca, 19:00GM.

Ex-Hearts Midfielder To Be Enstooled As Paramount Chief…

Today In Sports History: Hearts of Oak come from behind…