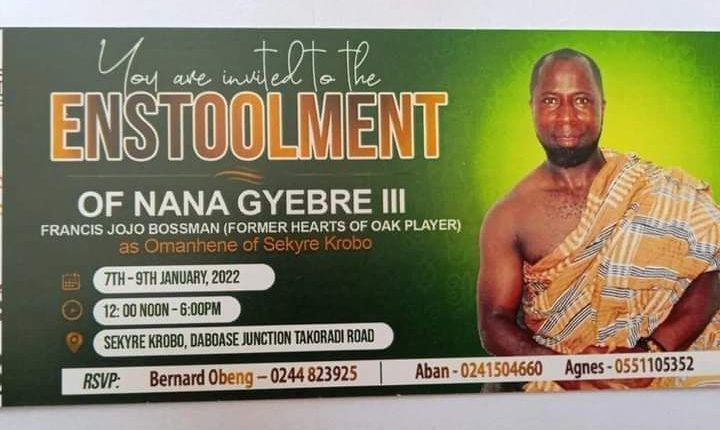 Former Hearts of Oak midfielder, Francis Joojo Bossman will be enstooled as paramount chief of his hometown, Sekyere Krobo near Daboase in the Western Region under the stool, name NANA GYEBRE III, according to a report filed by celebrated sports journalist Saddick Adams. 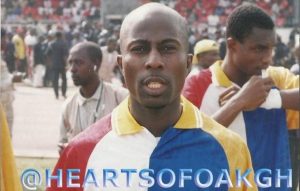 The event has been slated for January 7-9 next year in Sekyere Krobo, Daboase junction Takoradi road.

Today In Sports History: Hearts of Oak come from behind to…

Jojo Bossman was a member of the Phobian team which clinched the maiden edition of the CAF Confederation Cup in 2005 against rivals Asante Kotoko.

After five seasons at Hearts, he joined New Edubiase United, where he played for a season before flying to Serbia to join FK Sloboda Uzice.

He ended his career in 2016 after featuring for Montenegrin side Fudbalski klub Mornar.

Government receives only $2m of $25m targeted for 2021 AFCON

Today In Sports History: Hearts of Oak come from behind…