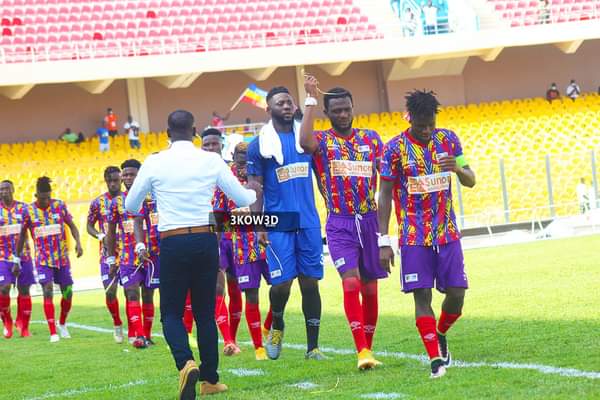 Accra Hearts of Oak SC received massive injury news from the treatment table ahead of their trip to Morocco for the CAF Champions League return leg against Wydad Athletic Club.

With a tight 1-0 lead from the first leg staged in Ghana, Accra Hearts of Oak SC will depart for Morocco later this evening ahead of the return leg over the weekends in Casablanca.

Samuel Buadu and his technical team however received the medical green card to use long term midfield absentee, Abdul Aziz Nurudeen ‘Nakamura’, in their travelling contingent after a thorough assessment.

Abdul Aziz Nurudeen missed a major part of the 2020/21 domestic football season after a dream debut for Accra Hearts of Oak SC.

His classic passing range and defensive prowess were missed in the first leg that saw Accra Hearts of Oak SC fielding central midfielders to make up for the missing Benjamin Afutu.

Accra Hearts of Oak SC will need to avoid losing by at least a 2-0 margin to book a place in the group stages of the CAF Champions League, a feat not achieved by any Ghanaian club for the last 9 years.