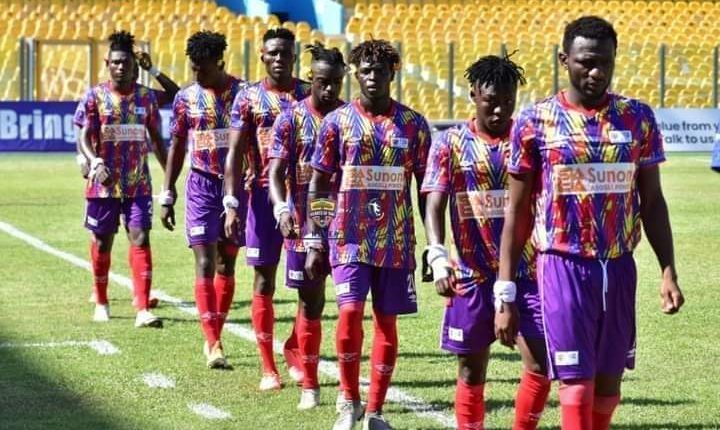 Accra Hearts of Oak SC have suspended their skipper Fatawu Mohammed for breach of contractual clauses.

The reigning GHPL champions stripped Fatawu off captain duties and demoted him to the youth side for the next 14 days.

In a statement released on the Club’s official media handles, Accra Hearts of Oak cited breaches in contractual agreement on the part of the player as the reason for his suspension.

We wish to inform fans of the club and the general public that captain – Fatawu Mohammed has been suspended from the senior team for 2 weeks for violating the terms of his contract.

During the period of the suspension, he will be required to train with the junior team.

In his absence, Mohammed Alhassan will act as captain.

The player has been engaged and the implications of his actions and the reasons behind the punishment has been explained to him.
Mohammed Fatawu is into his ninth year with the club and recently renewed his deal for the next two years to make him the longest serving player in the current Hearts of Oak SC side.