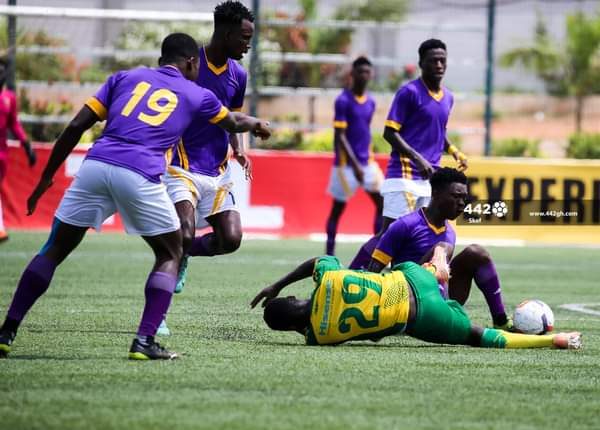 ‘Division-less’ Ghanaian football club Tema Youth booked their place to a mouth watering final with Division one side Skyy FC after they saw off the bluff of Samartex 1996 in the first semi final of the Ghana FA Division One super cup match at the Madina Astro pitch.

The habour boys needed a brace from Emmanuel Owusu who won his 2nd Man of the match award in the 2 week old tournament.

Tema Youth remain unbeaten in the competition after finishing on top of the group stage with 2 wins and a draw.

The former Ghana Premier League side who are battling their status at the court of arbitration for Sports in Zurich will face Skyy FC from Sekondi.

Skyy FC who were in the same group with Tema Youth qualified to the final of the competition with a 1-0 after time victory over premier League side Accra Lions at the same venue.

The Final of the competition slated for the Madina Park will see the two sides battle for the coveted maiden Super cup trophy, a brainchild of the current Ghana Football Administration.

Salifu Ibrahim’s goal was enough to give Hearts a…