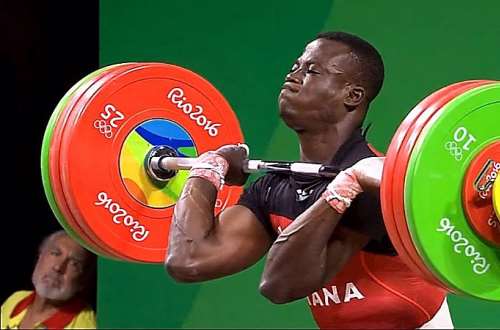 Swash-buckling lifter Christian Amoah will represent Ghana at the  Tokyo Olympics Games which begins on July 23, next month

This was confirmed by the International Weightlifting Federation (IWF) on Sunday.

Ghana Athletics Team Get Support Ahead Of Tokyo 2020 Olympic…

Participating in the 96kg class category, Amoah showcased true class with a stunning 184kg lift in the clean and jerk event to better his previous record.

He again produced a 149kg output in the snatch contest to dance away with another silver.

At the end, the Rio Games Olympian accumulated an imposing points build-up, strong enough to qualify him to his second straight quadrennial Games.

His UK-based compatriot, Forester Osei was odds on favourite to make it to the Tokyo Games, but failed to appear for the Kenya qualifiers, believing he had already sealed a place in the Games – after participating in earlier events.

The IWF is reported to have offered just a slot each to African countries, which means that only one lifter qualifies from Ghana.

Ghana Athletics Team Get Support Ahead Of Tokyo 2020…