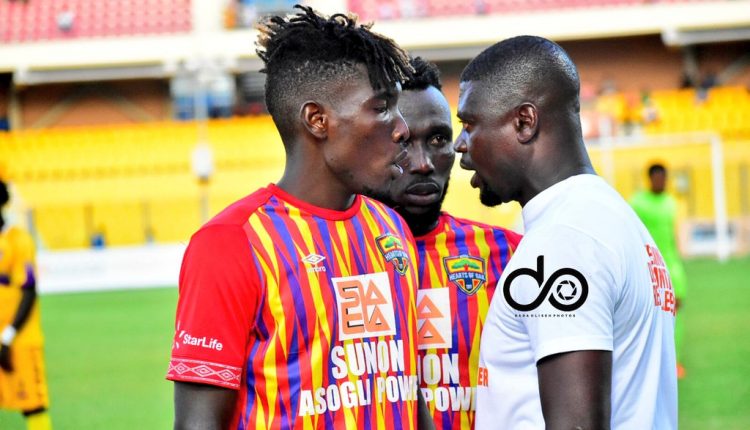 Hearts of Oak trainer Samuel Boadu has turned his attention to their next game against regional rivals Legon Cities after edging out Medeama SC on Sunday.

Hearts of Oak have been on a roll in the past weeks, a run that has seen them ascend the summit of the league log on 53 points. The Phobians have won their last 7 games, scoring 14 and conceding just 4 goals along this stretch.

This run of fine form is a feather in the cap of Coach Samuel Boadu who joined the side early this year. Prior to his arrival, Hearts had been highly inconsistent and were rank outsiders to occupy their current position on the league standings.

On Sunday evening, the Phobians defeated the Yellow and Mauves 2-0 at the Accra Sports Stadium, courtesy, goals from Ibrahim Salifu and Benjamin Afutu in both halves.

However, Boadu who is gradually carving a reputation as a tactical mastermind has spoken ahead of the matchweek 30 fixture against Legon Cities, sharing his optimism.

“As I said earlier, Hearts of Oak is playing match after match, now we have finished with this [Hearts vs Medeama] match, it’s history, we have to throw it back.

“We have to concentrate on the next match we are going to play and we take match after match and we believe that definitely, we are going to take that three maximum points as well.” Samuel Boadu said.