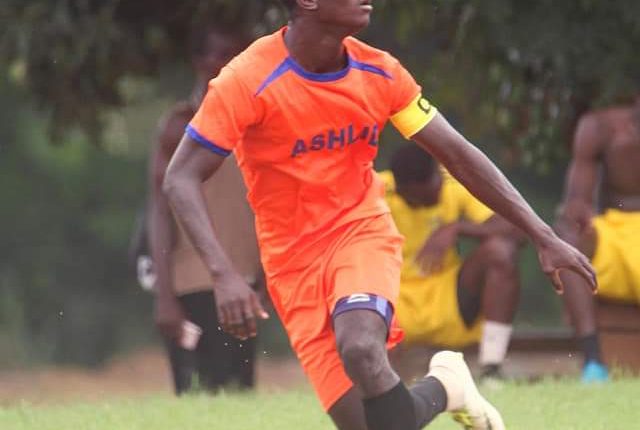 Alajo United FC have been impressive In the ongoing season and their recent trio of goals summed up the class of their lethal forward.

The 17- year old’s hatrick today take his total tally to four in the current campaign after playing just seven.

The left- footed midfielder signed by Cheetah FC in a two and half years and loaned back to Alajo United.

He will officially join Cheetah FC at the end of the Greater Accra Division Two League.

Alajo United are currently 4th on the league table with 13 points in nine games.