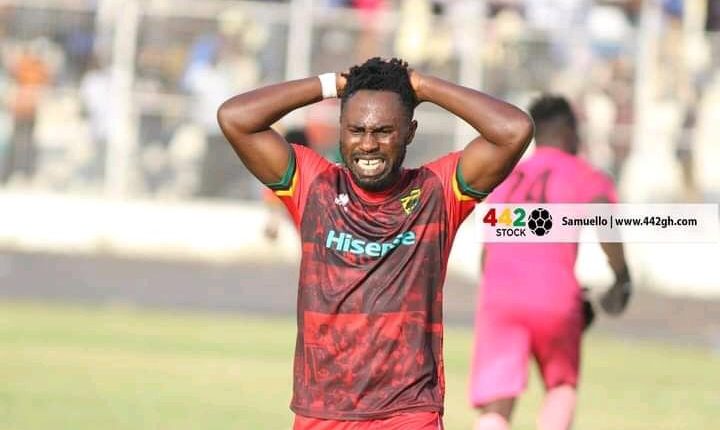 Asante Kotoko will count an empty basket when the club goes into accounting a tough Ghana Football season after getting dumped out of the MTN FA Cup following a pulsating 0-0 game in 120 minutes of action.

The Porcupine Warriors were subjected to a 4-5 penalty shootout defeat after Gama missed a first half spot kick.

The defending FA cup champions could not contain a Chelsea side coached by Seth Hoffman in a charged Obuasi atmosphere with 25% of the Kotoko fatefuls had come to cheer.

The game ended scoreless in 90 minutes going into extra time, but both clubs could not break each other’s back.

Chelsea themselves had a second half goal disallowed, but had confident going into the penalty shootout.

In the end it was a Wahab Adams who’s kick went missing to give Chelsea the semi Final Ticket.