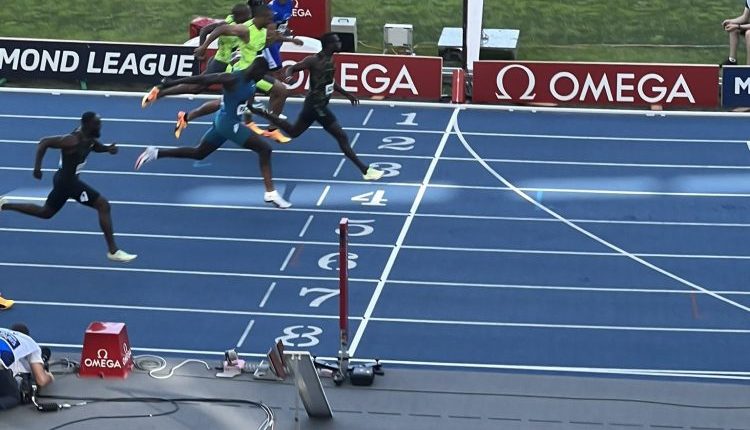 Azamati ran a time of 10.25s, finishing the race ahead of Mouhamadou Fall and Jimmy Vicaut, both from France.

Fellow Ghanaian sprinter, Sean Safo-Antwi, however, finished sixth with a time of 10.45s.

Azamati’s winning time was slower than his time in his last race in Oslo, where he ran 10.15s to finish fourth.

The former University of Ghana student will also compete in the 200m race, where he will come up against reigning Olympic champion, Andre de Grasse.

Big win for Benjamin Azamati as he wins gold in 100m at the Paris Diamond League meeting in Saturday.

VIDEO: Meet A Ghanaian Female Sports Journalist Ready To Quit Her Job Just To Be With Liverpool Legend Sadio Mane