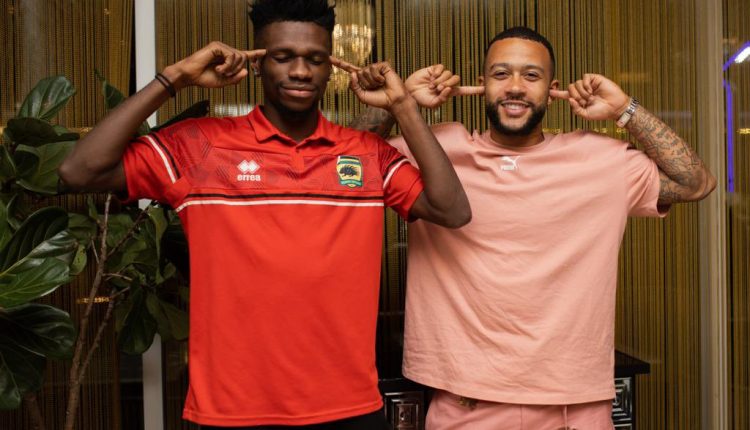 Dutch-born of Ghanaian descent Memphis Depay paid a surprise visit to the reigning champions of the Ghana Premier League on Saturday evening after their final game of the 2021/22 season against Accra Lions.

Depay, who is currently in Ghana for holidays and philanthropic works, took time off his busy schedules to meet players, technical and management members of Asante Kotoko at the Tang Palace Hotel in Accra.

Italian consul to Massimiliano Taricone calls for a friendly…

The 28-year-old arrived in the West African country on Wednesday evening, having featured for the Netherlands in the UEFA Nations League where he scored three goals in four games.

He is now the second top scorer of the Dutch national team with 42 goals and is eight goals shy of Robin Van Persie’s record.

Also Depay had an incredible debut season with Barcelona, where he scored 12 goals in 28 matches.

Below is the video of his visit to Asante Kotoko;

Italian consul to Massimiliano Taricone calls for a…