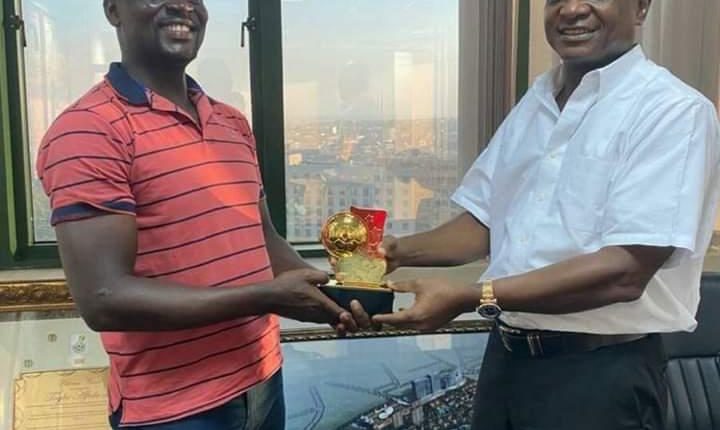 Reigning Best Coach in the country, Samuel Boadu presented his trophy to board chairman of Hearts of Oak His Royal Majesty Togbe Afede XIV. 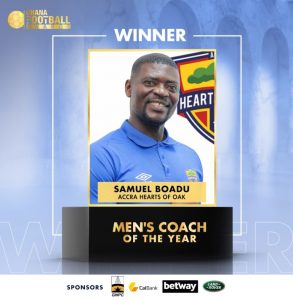 Boadu was crowned as the best coach in the football-craze West African nation at last Saturday’s Ghana Football Awards, where he edged Great Olympics gaffer Annor Walker and Africa U20 Cup of Nations gold medalist Karim Zito, and the soft-spoken manager paid a courtesy call to the man who appointed him – Togbe Afede XIV – at his office in the World Trade Center, Accra.

Unstoppable Hearts of Oak defeat Tema Youth in a friendly…

His tactical nous has been felt by all and sundry with a definitive style of play mimicking the Pep Guardiola brand of tiki taka which has caught the eye of faithfuls of the club as well as neutrals.

He is on the verge of leading the one-time African champions to their first league trophy since 2009 and a win on Sunday against Liberty Professionals – a side they thrashed in the MTN FA Cup – will see the Phobians declared winners of the 2021 Ghana Premier League before playing their last game of the season against WAFA.

Unstoppable Hearts of Oak defeat Tema Youth in a…