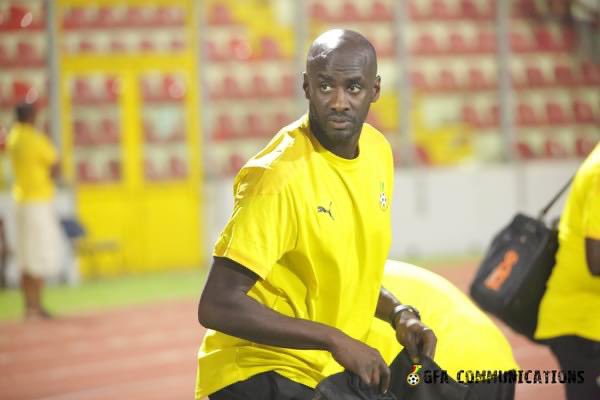 Otto Addo is basking in the glory of qualifying Ghana for the 2022 FIFA World Cup upon his official return to Borussia Dortmund.

The 46-year-old trainer guided the West African nation to its fourth World Cup when his tactical masterclass upstaged Nigeria in a two-legged tie.

In a post on Twitter, spotted by Sports Brief, Dortmund welcomed their technical staff after he became the second Ghanaian to qualify the nation for the Mundial.

Mara becomes official partner of Black Stars of Ghana in…

After Ghana’s shambolic performance at the World Cup, Otto Addo was appointed as the head of a four-man technical team to take the Black Stars through the play-offs.

His tactical ingenuity ensured the Super Eagles were kept at bay in the first leg at the Baba Yara Sports Stadium and pinned the two-time African champions to the wall as Ghana held their West African neighbours to a 1-1 draw.

Since his feat, Otto Addo has received a truckload of praise from many football followers in the country including Ghana’s sitting president His Excellency Nana Addo Dankwah Akufo-Addo calling for his contract to be extended till at least the World Cup.