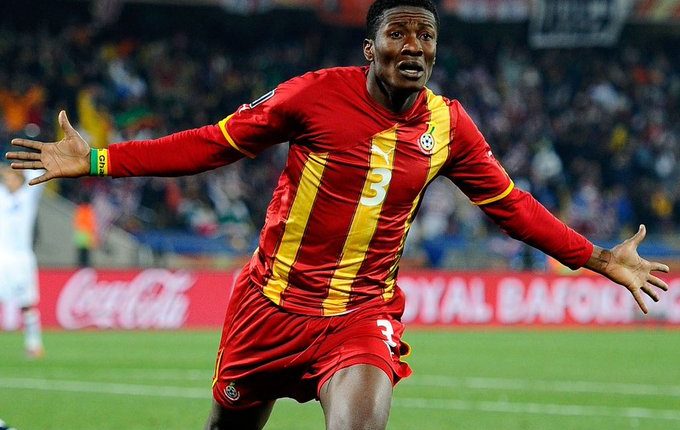 Asamoah Gyan had no hesitation in naming his stunner at Wembley as the greatest goal he has ever scored.

The former Sunderland striker scored a spectacular goal to deny the Three Lions of England a win in a friendly match against the Black Stars of Ghana in 2011.

It was Ghana’s first-ever game against England and the West African side proved their worth as they denied the British a win in an entertaining match.

Although scoring over 200 goals in his career which spanned 18 years, Gyan had plenty of fantastic goals to choose from.

His time with the Black Stars yielded some beautiful strikes, including exceptional kicks against Algeria and the United States of America.

Gyan was asked about his favourite goal ever scored when he sat down for an emotional and wide-ranging interview with Peace FM.

He said his left-footed finish against England is his favourite goal of all time.

“If you ask me to choose [a favourite], I would say the goal against England. That is my best goal in my career,” Gyan said as quoted by GhanaWeb.

Gyan added: “Another goal I like is the one I scored in Congo. It was a World Cup qualifier. It was one of my best goals, we drew 1-1. I don’t know if the tape is there that was 2006.”

Today In History: Ghana beat USA to emerge as third…