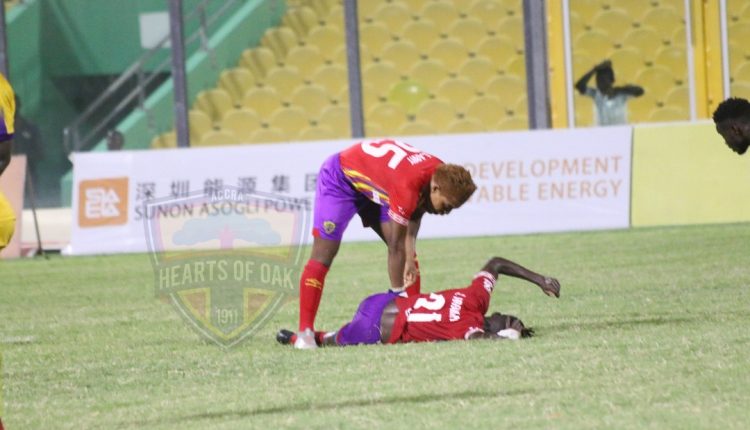 Hearts of Oak midfielder, Salifu Ibrahim has given the club’s fan an update on the injury he sustained during their win over Medeama SC on Sunday.

Salifu was on the scoresheet as the Rainbow side comfortably cruised past the Yellow and Mauves at the Accra Sports Stadium.

In the course of the game, Medeama striker Abass Mohammed unprofessionally raised his leg to hit the diminutive midfielder, forcing coach Samuel Boadu to change substitute him from the game.

However, Salifu has assured fans of the club to not worry about his injury scare as he feels better now.

Kingly ride? 🤦‍♂️
Not the best way to exit the pitch, but thank Allah am back on my feet.
Feeling better this morning.
Thank you all for ur prayers & support.#Hearts#Phobia#Heartsofoak ❤️💛 💙 pic.twitter.com/QrybZQyj5t

The 21-year-old playmaker was adjudged Man-Of-The-Match after the game taking his total tally of MVP awards this season to eight.