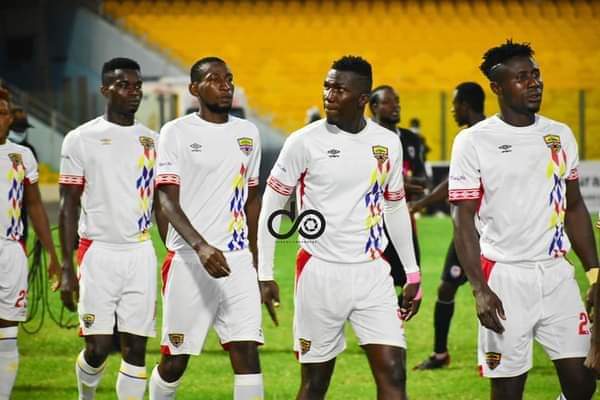 Hearts of Oak will lock horns with Liberty Professionals In the 2020/21 MTN FA Cup round of 64 on Wednesday at the Accra Sports stadium.

The Phobians head into the game on the back win over Berekum Chelsea last week, while Liberty Professionals also beat Dreams FC 2-1 in the GPL.

Hearts of oak will of course be looking to maintain their splendid performance and also try make it to the next round of the competition.

Coach Samuel Boadu could placed his hopes on Abednego Tetteh and Victor Aidoo for the attacking responsibilities while Raddy Ovouka and Fatawu Mohammed both could start from the bench.

Abednego who joined Hearts of Oak on a free transfer prior to the start of the second round of the 2020/21 Ghana Premier League season and has managed to played only two games and he set to get his first game under Samuel Boadu.

The 29-year-old attacker has been absent from the club’s previous squad for an unknown reason for the past few months.

Hearts Of Oak Probable Line up:

The game kicks off at exactly 15:00 GMT at the Accra Sports Stadium

Camp News: Meet The Four Hearts of Oak SC Players In Line For Club’s Player Of The Month