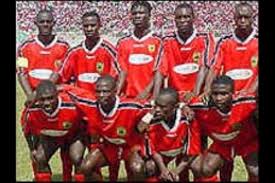 Years after hanging their boots, some former Asante Kotoko players have taken the bold step towards prolonging their footballing journey by enrolling in the ongoing CAF License D Coaching programme in the Ashanti Region.

As many as 7 former players of the Porcupine Warriors have registered to take part in the exercise as they begin a new path in the footballing sector after having illustrious careers on the field.

The development is refreshing for the football fraternity as this current batch will soon develop to become the next generation of coaches for Ghana Football.

The move by these former players is highly commendable and helps show the way for some of their peers to follow.

Some decades ago, it was uncommon for ex-players to massively get involved in the field of coaching after their playing careers but it is now clear the trend is reversing for good reasons.

The practice of former players taking to coaching remains a common happening in Europe and South America with Africa quite left behind.

In contemporary times, Coaches like Pep Guardiola, Zinedine Zidane, Antonio Conte to mention a few have shown the way for ex-footballers in Europe.

In as much as there are some former ex-African footballers involved in the game as Coaches, the numbers are easily dwarfed when compared to what is happening in Europe and other continents.

One main reason behind this development is how African football administrators continue to have an insatiable like for white coaches.

These players grew up realising local coaches were not given the needed support, attention and respect hence felt discouraged to venture into the terrain once their playing careers were over.

However this mindset is gradually being fading with recent developments. Coaching appointments across national teams and clubs tell an encouraging story that local coaches are beginning to get more opportunities, though this can get better.

It however gets better with small steps like what these 6 former Asante Kotoko players have taken.

They need to be encouraged to forge ahead while word should be spread to others to consider a career down this lane instead of idling around doing basically little to impact the game after their time as players is over.