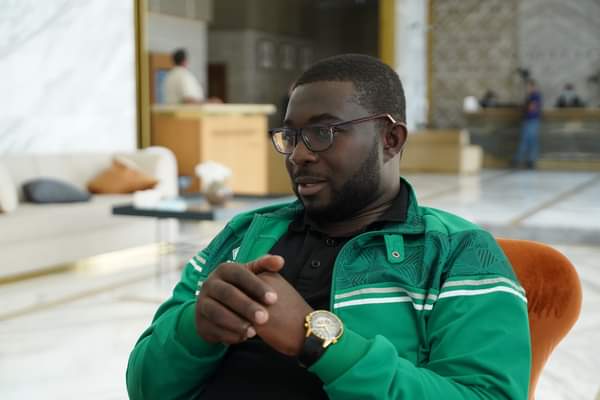 Asante Kotoko Chief Executive Officer, Nana Yaw Amponsah believes that players of the club play under intense pressure from the supporters who always visit the Baba Yara Sports stadium to watch their games.

The Porcupine Warriors have been impressive in the 2021/22 Ghana Premier League. They have so far secured 7 wins, 2 draws and one defeat.

However, they have been crashed out of the MTN FA Cup by neighbours King Faisal – the only side to have beaten Kotoko in the league too.

It would be recalled that a section of Kotoko fans massed up to boo their own players following their 1-0 loss to King Faisal in the MTN FA Cup competition at the Baba Yara Sports Stadium on Wednesday afternoon.

But speaking after their historic 2-0 win over Aduana Stars on Saturday in Dormaa, the enterprising CEO urged the Kotoko fans to rally behind the players when the going gets tough than intimidating them at their own backyard.

“The impatience of supporters at Baba Yara Stadium is causing our players not to deliver well and supporters must be patient for the team, ” Nana Yaw Amponsah told Kotoko Focus TV in an interview.

“The players always play under pressure in Kumasi. We created 12 goal-scoring opportunities in our game against WAFA but the players failed to score due to the pressure from the fans. You could see that the players were in a hurry to score.

” I will plead with the fans to have time for the players. They should clap for them if they even squander a chance and that will push them to fish for the goals we need.

“It’s unfortunate that happened in Kumasi on Wednesday but I believe we should be patient and support the players to deliver. We have a good team to compete for the league. The competition in the team is very high. That’s good “