On May 29th, millions of football fans will be watching the climax of the main club tournament in Europe. 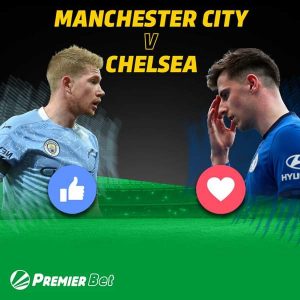 The match was supposed to be held in Istanbul but was instead moved to Porto to allow the fans to enter. The atmosphere and support will be incredible!

The fight will be especially important for the Citizens. The fact is that it was Chelsea who shattered City’s quadruple dreams by knocking out Guardiola’s team in the FA Cup semi-finals.

If this happens again in the Champions League, it will be a big blow for the club.

After the sheikhs came to City, the team has regularly won the domestic championship but has never passed beyond the Champions League semi-finals.

It’s easy to guess that the management’s main task is to finally take the coveted title.

Guardiola also understands the importance of this final.

During his work at Barcelona, the Spaniard won 2 Champions League trophies – in 2009 and 2011 – and was rightfully considered the best coach in the world.

After that, Guardiola was unable to win the Champions Cup with both Bayern Munich and, so far, with Manchester City.

To return the status of being the best, Pep just needs to get one more “Big Ears” trophy.

The Blues no longer have a single player who was involved in that victory. It’s time to write a new story

After the rapid rise following the arrival of Tuchel, it will be a bitter pill to swallow for the Blues if they end the season without trophies.

The defeat to Leicester in the FA Cup final should add motivation and make Tuchel’s squad give their all against City.

Further intrigue is added to the final by the history of head-to-head meetings between the teams after the arrival of the German coach at Chelsea.

In addition to the FA Cup semi-finals, Manchester City also lost to the Blues in a recent match in the Premier League, which many called the rehearsal of the Champions League final.

The main club trophy in Europe is at stake – and for such an event, Premier Bet has timed the “Risk-Free Bet” campaign with improved terms.

In the case of a losing bet, the player will get back up to $20! To take advantage of the offer, you need to perform a few simple steps:

Register or log in to Premier Bet
Agree to participate in bonus promotions in your personal account. (Use promo code: GHSPORTSNEWS) on top of the story.

Usually, in the case of a losing bet for this type of offer, Premier Bet returns the player up to $10 in the form of a promotional code for more bets.

Especially for the main club match of the season, the bookmaker has doubled the maximum refund amount – to up to $20!