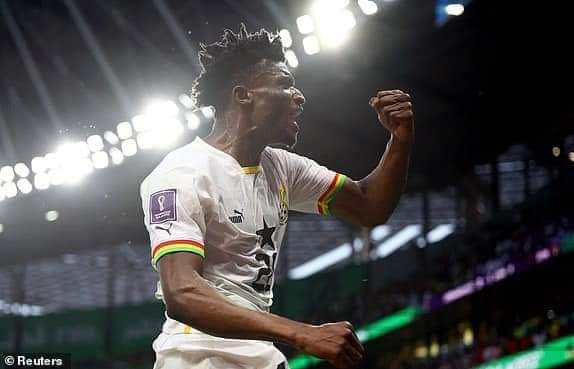 The Ajax midfielder, who also plays as a forward has popped on on the radar of several clubs after lighting up the World Cup with impressive displays.

Barcelona’s Sporting Director Jordi Cryuff has revealed that the Catalan giants have been monitoring the player for some time now.

“We’ve been tracking Mohamed Kudus for more than one year. We can’t say now that Barça want Kudus… but he’s attracting interest.”

“He’s scoring goals and in Holland they discuss a lot about his position, so yes – I know him well.”Jordi Cruyff told RAC 1 Sports.

Kudus netted nine goals in 20 matches for the Jews so far in the 2022/23 season, with four happenings in the UEFA Champions League, including a beauty against last year runners up Liverpool at Anfield.

In the ongoing 2022 World Cup, he netted a brace to power Ghana to a sweet victory over South Korea, marking his third in the ongoing campaign.

Kudus is also on the radar of English giants Liverpool, who have sent scouts to Qatar to watch the player.

2022 World Cup: Ati Zigi has been great up to this point – Otto Addo

Mohammed Kudus: We are focused on final Group H clash against Uruguay