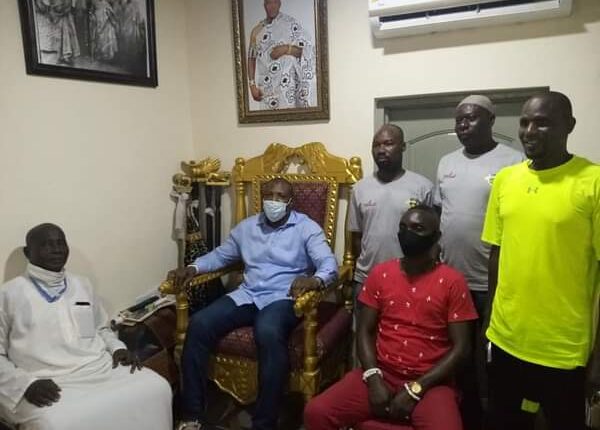 Alajo United Football Club formerly of Prince United had been accepted by the chief of Alajo, Nii Armah Ajoor II when the team pay a courtesy visit to him at his palace yesterday.

Nii Armah Ajoor has became the first life Patron of Alajo United Football Club which was founded in 2009.

Yesterday visit was the first ever the team has pay a visit to the chief. The team was led by the club owner and the founder of the club, Mr. Mohammed Odoi and the club chairman, Mr. Atsu. They presented the team jerseys, team bag, team branded football, and the official Logo of the club to the chief of Alajo.

Nii Armah Ajoor II has accepted to be the life Patron of Alajo United. He advised the the managements of the club to put in the right structures that will help the team to get promotion to division one and later fight hard to get promotion to Ghana Premier league.