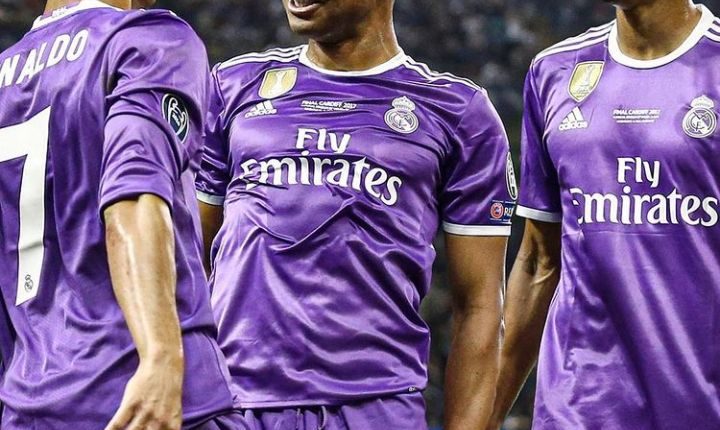 Manchester United have announced the signing of Casemiro from Real Madrid subject to personal terms, UK visa requirements and a medical.

The Brazilian has signed a four-year deal at Old Trafford, and there is an option to extend for a further year. The fee agreed is a reported £60 million (€70m), with a further £10m (€12m) in add-ons.

On This Day: Juventus Completes the signing of Real Madrid…

The Red Devils have been on the hunt for a midfielder all summer, and have been chasing Frenkie de Jong since May, but haven’t been able to complete a deal.

They will now get Casemiro, who has established himself as one of the world’s best defensive midfielders in his time at Real Madrid, having been a part of several trophy-winning teams.

With Los Blancos, he won five Champions League titles as well as three La Liga honours, along with several other cup successes scattered in an illustrious career at the club.

Casemiro leaves with a big legacy
In all, he made 336 appearances in the white of Real Madrid, scoring 31 goals, with his most famous goal arguably being in the Champions League final of 2017 against Juventus.

He formed a great trio along with Toni Kroos and Luka Modric that was influential in the Champions League hat-trick between 2016 and 2018, as well as their stunning run in 2022.

Manchester United were quick to act on the deal, having moved fast following the 4-0 lost to Brentford in their second match of the Premier League season.

They have now agreed a fee and a package that sees Casemiro move to Old Trafford, having mulled over the lack of depth and quality in midfield within their squad.

The club had problems in defensive midfield for several years, with the likes of Scott McTominay and Fred performing better in other roles, leaving the midfield severely exposed.

Once the deal is officially completed, Casemiro will become Manchester United’s fourth signing of the summer following that of Lisandro Martinez from Ajax, Tyrell Malacia from Feyenoord and Christian Eriksen on a free deal.

The Red Devils will be hoping that in addition to solidity in midfield, Casemiro’s signing will give them a boost for the rest of the season and pick up important results over the course of the campaign.

BREAKING: Europa League draw in full as Man Utd and…

On This Day: Juventus Completes the signing of Real…