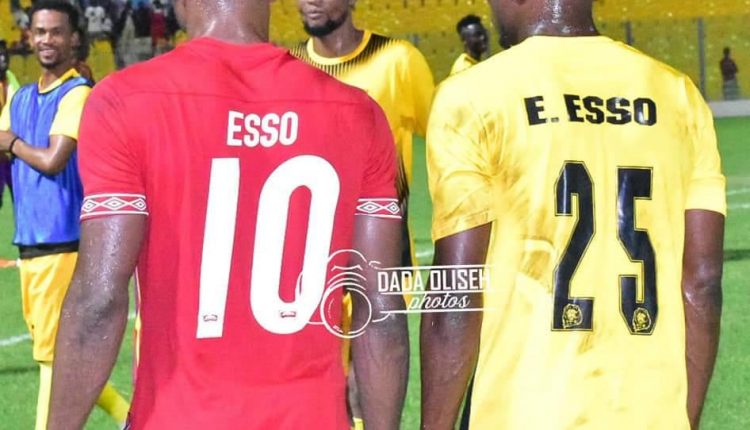 Hearts of Oak have completed the signing of Eric Esso in the ongoing summer transfer window, with official announcement very imminent.

The 28 year old has completed all mandatory medicals with all documents signed according to Mo TV.

He has penned a three year contract with the ‘Phobians’ which will keep him in the capital until 2025.

Eric Esso has been outstanding for AshantiGold SC since joining them in 2020 and the just ended season was of no exception.

Hearts of Oak are expected to officially unveil him before the end of the week and will join their preseason on Monday, and will serve as replacement for Abdul Aziz Nurudeen who is currently injured.

Hearts of Oak are hoping to build a very formidable side for the new season as they set sights on a decent campaign in both the league and CAF Confederations Cup.