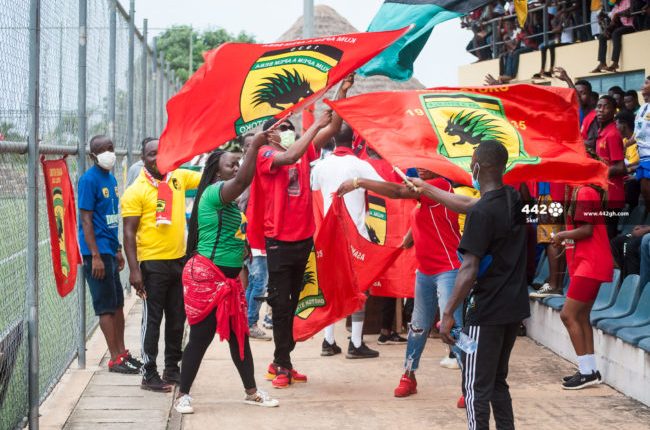 The lanky center-back was impressive in the 2020-21 National Division One League- Zone one season with Mighty Royals.

The 20- years old defender played all 30 matches for Mighty Royals, where he scored three goals and assisted three with MVP awards with just one yellow card.

Maxwell Agyemang was on the radar of Dreams FC with reports indicating that the player was on the cusp of completing his medical exams with the Dawu based side.

However, Kotoko made a late approach to hijack that deal, with the player signing a three- year contract with the Porcupine Warriors after passing a mandatory medical last week.

The highly- rated defender is routed as a possible replacement for Abdul Ismail Ganiyu whose future at the club looks uncertain.

He becomes the second second singing of the club after Richmond Lamprey from Inter Allies.