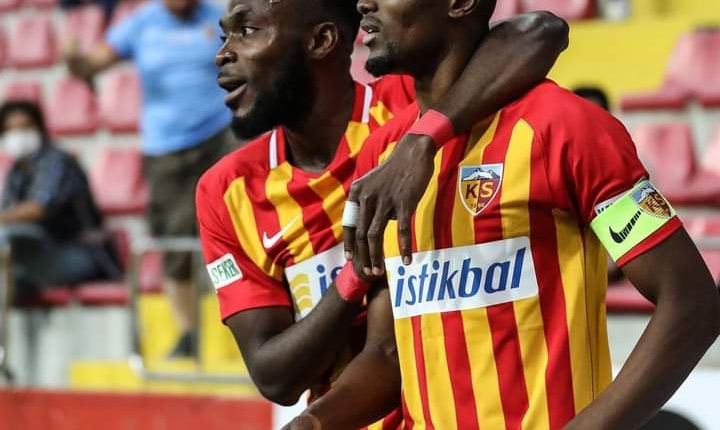 The goal thirsty attacking midfielder scored the opening goal of the match to put the hosts 1-0 up with 12 minutes of the first half remaining.

A lovely start to the game was capped with a stunning half volley with his left foot that left the goalkeeper watching like a stationary participant.

A confirmation goal from Miguel Cardoso added emphasis to the final score in a deserving 2-0 to the Yellow and Reds.

The 26-year-old Ghanaian spent last season on loan at Besiktas and spiced his season with a domestic double for the Black and Whites Eagles.

Having recently been handed the captain’s armband, the Ghanaian debuted his new role with a goal a game changing outing to welcome the 2021/22 football season officially.