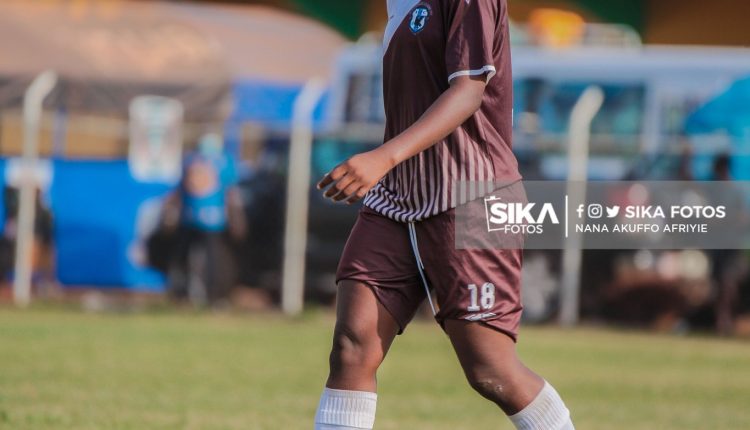 Northern Ladies striker Anatu Sadat has made history by becoming the first Ghanaian female footballer to play in an Islamic scarf.

Anatu wore the scarf on Tuesday when the Tamale-based side Played against Ampem Darkoa Ladies at Techiman in the Ghana Women’s Premier League.

She is one of the few to benefit from the hijab initiative by Nordsjaelland defender Maxwell Woledzi.

About wearing of Hijab

The wearing of head covers had been banned until 2012, with FIFA saying that they posed too great a risk of injury to the head or neck.

However, the IFAB then allowed them to be tested out over a two-year period following a request from the Asian Football Confederation (AFC), a trial which proved to be successful.

In March 2014, FIFA has authorised the wearing of head covers for religious purposes during matches.

That will allow female Muslim players who wear a hijab in everyday life to cover their heads during matches as well.