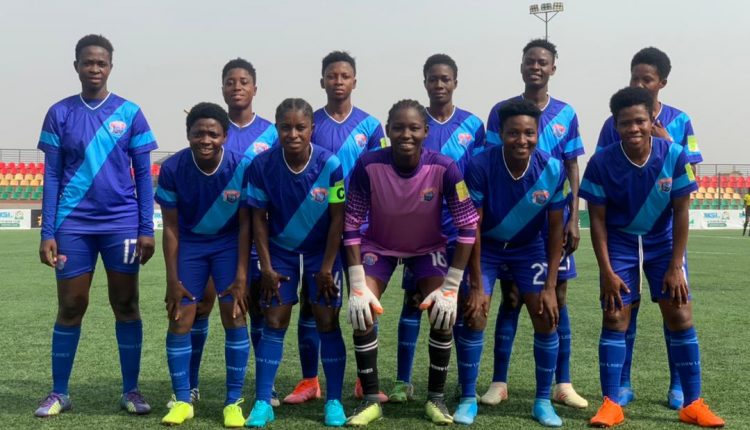 Berry Ladies opened their season with a 4-0 thumping of Army Ladies in the Ghana Women’s Premier League at the Madina Astro turf.

A double from Sophia Agyaakwa Mabena and strikes from Thelma Baffour and Constance Agyemang enabled the home side to walk away with the three points.

Sophia Agyaakwa Mabena broke the virginity of the game on the 6th minutes. After recess, lanky forward Thelma Baffour added a second goal.

Army Ladies attackers made some surging runs but were not lucky upfront as the defenses of Berry Ladies shown their defensive nous, making some desperate clearance.

Sophia Agyaakwa Mabena got her second goal of the day on the 62nd minute before Constance Agyemang added the match winner on the 65 minutes.

The final scoreline was harsh on Army Ladies who are playing the Women’s Premier League for the first time.

Sophia Agyaakwa Mabena was voted NASCO players of the Match after hitting brace for the home side, she takes home a NASCO mobile phone and a NASCO hand dryer.