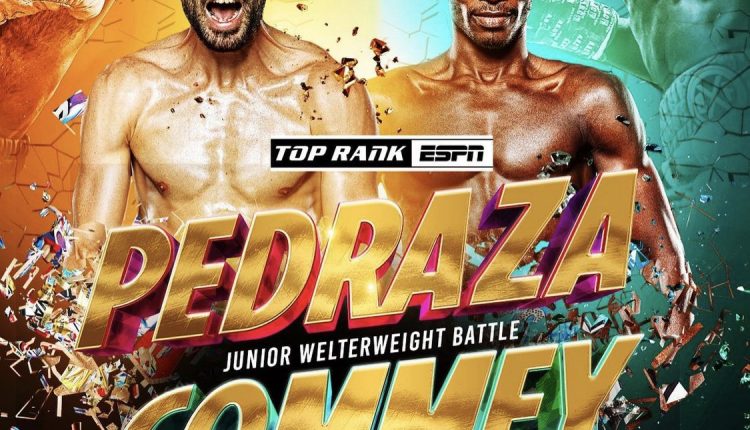 Commey (30-4, 27 KO) moved to 140 pounds to take on the former two-weight world champion having been well dominated in his last lightweight clash against legendary Vasyl Lomachenko in December.

The 35-year-old Ghanaian fighter is hoping to become a two-division champion by going past Pedraza (29-4, 14 KO) to earn a shot at a 140 pounds title.

Commey has lost twice in his last three bouts and is looking forward to coming back stronger with a statement win over Pedraza.

Meanwhile, Pedraza lost a fairly competitive but clear decision to Jose Ramirez on March 4 in Fresno, California, in his last outing.

The 33-year-old has won three fights in five bouts since moving up to 140 in 2019, losing his first fight at the weight to Jose Zepeda before three straight solid wins.

It’s a good matchup for both, with Commey looking to get into the mix in a new division, and Pedraza looking to stay relevant in a division where, sooner than later, some belts might get scattered.