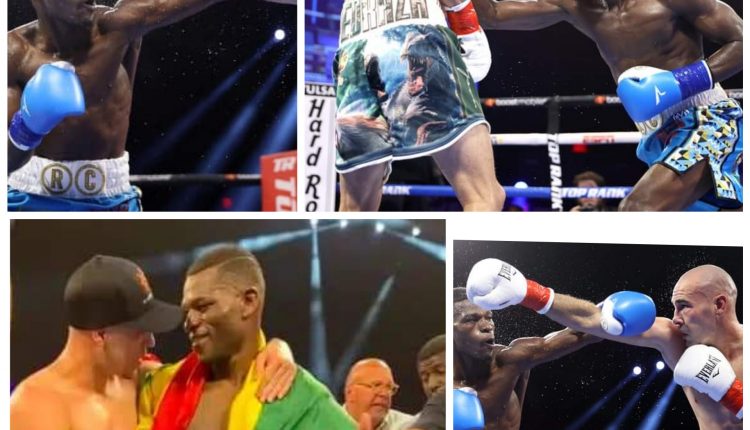 Close fight until Pedraza seemingly pulled away late. Commey was hampered from a cut over his left eye suffered in round six.

The judges returned a scores of 97-93 for Pedraza, 96-94 for Commey and 95-95, making the fight a split draw. It was a competitive bout but one that Pedraza deserved to win.

[on rounds 9 and 10] “I landed a great body shot. I felt that I hurt him, and that gave me the inspiration to keep going after him. I actually believe those were the rounds that gave me the victory tonight, despite what the scorecards say.”

“I’ve never turned down a fight, and I’m not going to start now. Whatever Top Rank wants for me. If they demand a rematch, I’m ready to give Richard Commey a rematch because he deserves it and I have the utmost respect for him. Ultimately, my goal is to win a world title once again. Whatever I have to do, that’s what I’m willing to do.

Richard Commey: “It is a draw. Obviously, I have to go back home and see my people. I love my people, and I gotta go back there, do what I gotta do.”