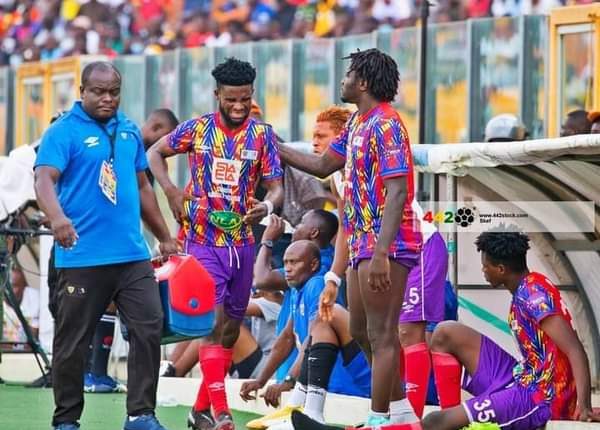 The former Light FM and Fox FM sports analyst said on his Facebook Live that the former Kotoko attacker was earning $4,000 during his two seasons in the Ghanaian Premier League. But after he left Kotoko to join Al-Muharraq in Bahrain, Muntari has become the highest-paid footballer with $2000 a month.

According to him, Asante Kotoko’s Franck Mbella Thierry Etouga is the second on the list with $1,500 a month followed by Medeama’s Ahmed Toure and Hearts of Oak’s Samuel Inkoom who both earn $1000 every month.

FEATURE: Five Reasons Why Hearts, Afutu Reunion Will Be A…

The list, he said, is for players who are being paid in US dollars every month.

He went on to reveal that Hearts of Oak’s Afriyie Barnie will become the second highest-paid player when he signs a new deal later this year.

FEATURE: Five Reasons Why Hearts, Afutu Reunion Will Be…