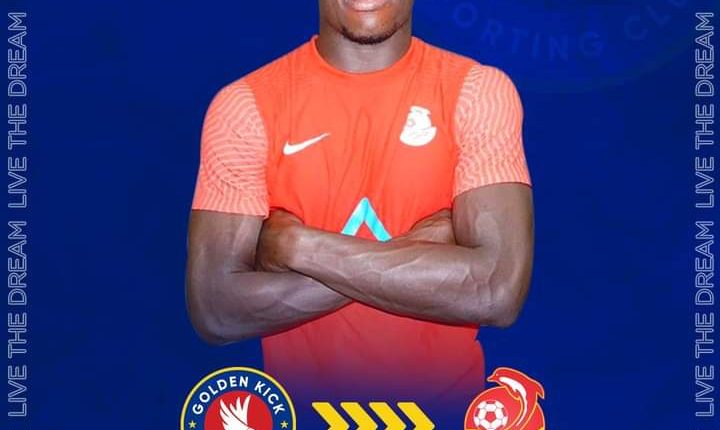 Golden Kick SC idfielder Isaac Pappoe has completed his move to  Israeli Premier League club MS Ashdod. After both clubs agreed on a permanent transfer and Isaac signed a 5-year contract with Ashdod.

The 18- year-old midfielder joined Golden Kicks on 25/07/2019 from Mamprobi side Mighty Victory FC, the juvenile club of Stephen Appiah, Michael Essien,, and Asamoah Gyan among many other top talents of Ghana.

During his 3-year spell at GKSC the talented youngster developed into an integral part of the National Division One side and lately into a U20 national team player who represented Ghana in the 2022 Toulon Tournament in France.

He earned his spurs under then head coach Joseph Epton and was ,promoted with Golden Kick Sporting Club in an unforgettable Division 2 and Middle League campaign with a heart-beating final won on penalties at the Accra National Stadium. Finally, due to his excellent performance during the entire maiden National Division One season, he raised a lot of interest from foreign clubs. But it was MS Ashdod from Israel who finally won the race to sign him on a permanent transfer.

Joseph Epton, CEO of GKSC and former coach of Pappoe has only praise for the talented youngster.

“I remember the day Isaac arrived at the first training session at Golden Kick. He was very motivated, determined, and a hard worker. He was always keen to learn wanting to get better. In matches, he always gives 110%, no matter if league or friendly match. He has developed into a great player who can go a long way in his career. He is a humble young man, always polite and in good spirit. I am sad to see him leaving, but I am very happy for Isaac personally. He deserves this next major step in his footballing career. His hard work paid off.”

Farewell Isaac! The Kicks will miss you, but we are all happy you can live your dream. Good luck!18-year-old.