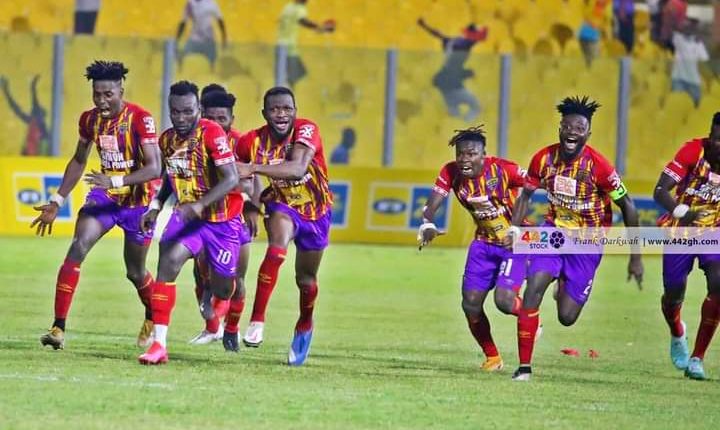 Reigning Ghana Premier league champions Accra Hearts of Oak are set to part ways with another poster boy in the coming weeks with negotiations reaching advance stages, according to 442gh.com reports.

The capital based side lost Benjamin Afutu and Abednegoh Tetteh in recent times after winning the domestic double but are set to lose another first team player before the commencement of the 2021/22 football season.

According to the report the reigning champions have received a bit of $5000.00 from the management of Nuru Sule seeking for contract termination.

The seasoned defender dropped down the pecking order under Samuel Buodo and has made several attempts to find an exit door at the Accra Sports stadium for the last few weeks.

Countless letters seeking for contract termination fell on deaf ears as management of Accra Hearts of Oak turned down any move to allow the defensive stalwart leave for free.

The player’s camp however generated an amount of $5000.00 seeking to compensate Accra Hearts of Oak SC to allow him leave for pastures anew.

The Sources also revealed that Accra Hearts of Oak SC are willing to part ways with Nuru Sule on condition that his management can cough out $20K as contract termination damages.

The two parties are expected to sort out their differences after Hearts of Oak SC’s CAF Champions League preliminary clash with CI Kamsar on September 19, 2021 at the Accra Sports stadium.

Meanwhile Bibiani Gold Stars are reportedly keen on signing on the experienced defender for the 2021/22 domestic football season.