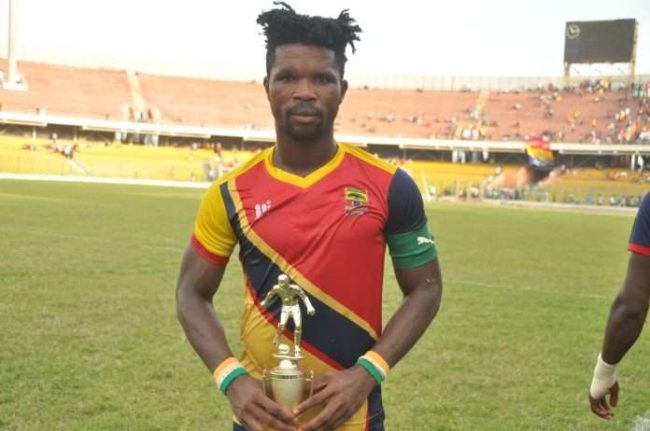 Hearts of Oak fans on social media have named Robin Gnagne as the best foreign (non-Ghanaian) player to play for their club.

The fast-growing fan page, which seeks to tell the glorious storied history of the club, conducted a poll last Saturday asking fans who was their favorite foreign player to play for the club. Hearts Eleven provided an exhaustive list of foreign players to have donned the club’s jersey over the years, but the fans’ response generated into an appreciation and celebration of the brilliance of Robin Gnagne.

The Ivorian defender joined the Phobians from the now-defunct Sogakokpe Red Bull Academy in August 2012, rising through the ranks and winning a lot of admirers along the way to become the first non-Ghanaian captain of the club.

Gnagne played over 100 games for Hearts in five seasons with the club, producing stellar performance after another, but left the club in reticent fashion ahead of the 2017/18 season. Hearts Live, another fan account, commenting under a post, said: “I’ll choose Robin Gnagne. He sacrificed everything for Hearts of Oak.

“To me, he is our best player of the decade.” Journalist Chris Tetteh-Tsu Atter, wrote: “Robin (sic) Gnagne is still my favorite foreign player. He was a pillar at the back.” Board member of the club and former supporters’ chairman, Alhaji Braimah Akanbi, together with two ex-Hearts players Kwaku Andoh and Edikeu Berenger, gave Gnagne the nod. Greater Accra National Chapters Committee Supremo, Jean Effangong Shamo, using his TalkHearts Shamo handle, commented: “Robin Gnagne was the best ever.”