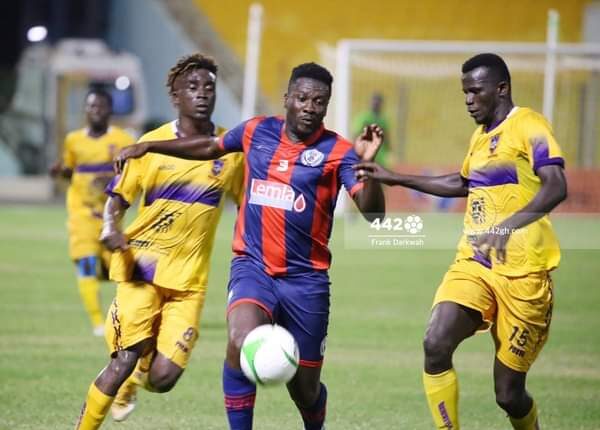 Legendary Asamoah Gyan marked his debut for Legon Cities FC on Friday evening when the team drew goalless against Medeama SC at the Accra Sports Stadium.

The forward after joining the Royal club failed to make the matchday squad of the team in the first two matches against Berekum Chelsea and Great Olympics.

Having worked on his fitness in the last couple of weeks, Asamoah Gyan today earned a spot on the Legon Cities FC team as a substitute for the game against Medeama.

Following a first half of no goals, the former Black Stars captain was introduced in the 71st minute to replace Raphael Ocloo in a bid to help Legon Cities FC push for a goal to earn all 3 points.

Although Asamoah Gyan displayed glimpses of his quality and added to the attacking quality of the Royals massively, the team could not score and has shared the spoils with Medeama SC at the end of the 90 minutes.