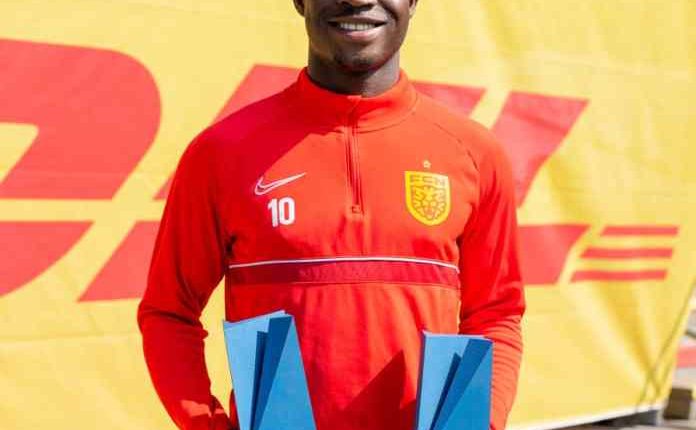 Andre Ayew charges teammates to keep focus after a vital…

The Black Stars asset in the past year has stepped up especially after his compatriot Mohammed Kudus exited FC Norsdjaelland.

The award which is the first time for a player in the history of the club has made the young winger the talk of the town in Denmark.

The young winger carried the side on his shoulders in the month of April recording 3 wins, a draw and a defeat.

He scored five goals in the process, recording a brace against Randers FC and again netting against giants like København, AGF and Midtjylland.

Kamaldeen’s uprightness and swiftness in front of the goal and his ability to convert chances into goals have been a major accelerator for FC Nordsjaelland this season.

Courtesy of his brilliant displays this season, Kamal Deen Sulemana is on the radar of a lot of top European clubs with Ajax said to be the favorites to land his signature in the summer transfer window.

The left-winger, who made his debut for Ghana last year October during the friendly encounters with Mali and Qatar in Turkey, will also hope to regain his place in the Black Stars set-up as the 2022 World Cup qualifiers commence in June.

Andre Ayew charges teammates to keep focus after a…