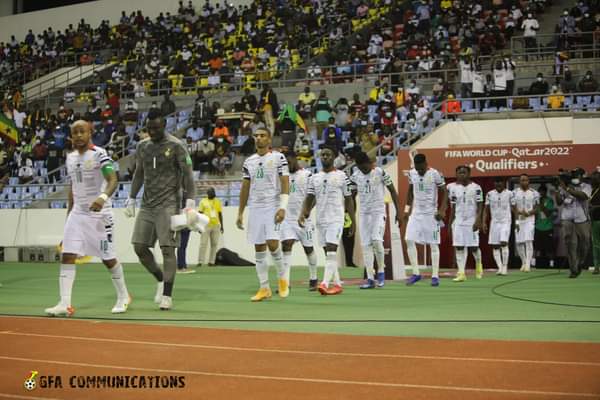 The senior men’s national team, Black Stars, are currently ranked 53rd in the world and seventh on the continent in the latest FIFA Coca Cola World ranking.

The FIFA/Coca-Cola World Ranking adopted a new model in August 2018 after approval by the FIFA Council.

This new version developed by FIFA was named “SUM” as it relies on adding/subtracting points won or lost for a game to/from the previous point totals rather than averaging game points over a given time period as in the previous version of the World Ranking.

The points which are added or subtracted are partially determined by the relative strength of the two opponents, including the logical expectation that teams higher in the ranking should fare better against teams lower in the ranking.

Stat Pack : Breakdown of Milovan Rajevac 33 Games As The…

Ghana, thus lost 9.31 points from the previous month following the narrow win over Ethiopia and unexpected loss to South Africa in the 2022 FIFA World Cup qualifiers.

The results leaves the four-time African champions in third position in Group G of the qualifiers which has consequently led to the sacking of head coach Charles Kwabla Akonnor.

Senegal still remains Africa’s highest ranked nation and they stamped their authority in the qualifiers picking two wins in as many games played followed by Tunisia and reigning African champions, Algeria in the top three.

1978 African champions, Morocco continue in that order followed by Nigeria, Egypt and Ghana in seventh spot on the continent while Cote d’Ivoire gained points in their qualifiers after beating Cameroon the Elephants are still ranked behind the Black Stars.

With Ghana presently in the market hunting for a new coach, the three-time World Cup participants would hope CK Akonnor’s successor hits the ground running with the double header against Zimbabwe fast approaching.

Below is the latest FIFA Coca Cola World ranking in Africa: