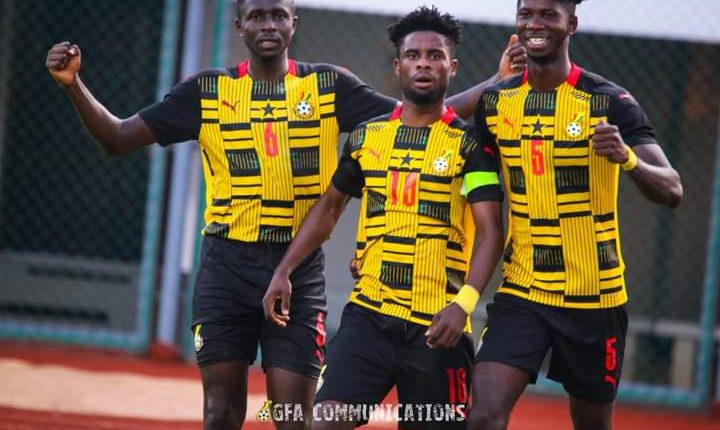 The two West African rivals will go head-to-head again for a place in next years African Nations Championship (CHAN).

Nigeria will renew their rivalry with Ghana this year after the home-based Super Eagles were paired against the Black Galaxies in the playoff round of CHAN 2023.

The tie was confirmed after Ghana beat Benin 1-0 at the Stade de l’Amitié on Saturday to complete a double over their West African rivals.

A goal from Afriyie Barnieh in the 81st minute was the Black Stars needed to set up the playoff clash against Nigeria.

The Black Galaxies will be fired up for the encounter as they have not been to a CHAN tournament since 2014, while Nigeria will hope they can rediscover their magic again under Salisu Yusuf after crashing out in the group stage last time out.

The home-based Eagles had their best outing in the competition’s history under Salisu in 2018, finishing second.

The CHAN qualifying clash between Nigeria and Ghana is the latest in their age-long rivalry.

This year alone, the two countries have faced each other three times at different levels. The Super Eagles faced Ghana in the Qatar 2022 World Cup playoff, while the U17 and U20 teams met in the WAFU-B tournament.

Although the Black Stars won the most important one- the World Cup playoff- Nigeria had the upper hand in the WAFU-B tournament.

The Super Eagles missed out on World Cup qualification to Ghana via the away goals rule, but the Golden Eaglets and Flying Eagles defeated the Black Starlets at the WAFU-B tournament earlier this year.