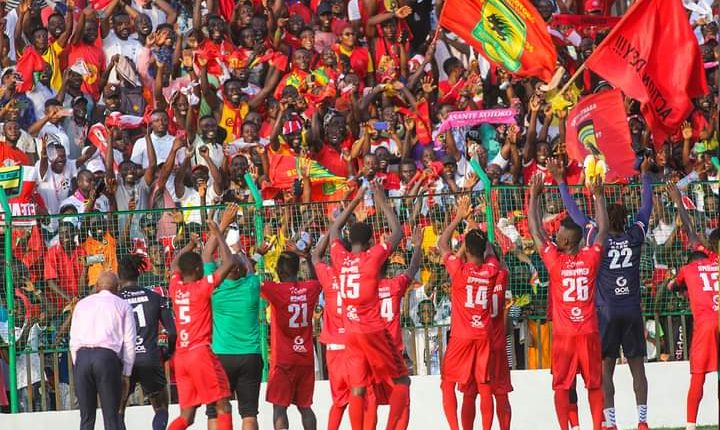 According to report, Asante Kotoko SC secured the services of David Abagna from the camp of Real Tamale United (RTU) to boots their attacking options.

Ghsportsnews.com understand that, Abagna has agreed a three- years contract with the Porcupine Warriors

Abagna joined Northern Giants at the start of the 2021/22 season and performed admirably until an injury derailed his campaign.

He was named to Ghana’s squad for the 2021 Africa Cup of Nations in Cameroon earlier this year. It was in Cameroon that he picked up the injury. He was part of the Black Galaxies team that beat Benin 1-0 to qualify to the play-off of the 2023 CHAN tournament in Algeria.

Meanwhile, Asante Kotoko are havily tipped to unveil their new signings next week.