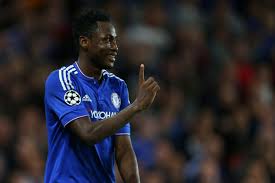 The Ghana International was signed in 2014 by Jose Mourinho from German Bundesliga side Augsburg in a reported £14 million transfer.

Rahman went on to play series of matches under the Portuguese manager including an epic UEFA Champions League game against PSG.

However his time at Chelsea was marred by the exit of Mourinho as he struggled for game time under manager Antonio Conte.

According to the 26-year-old he was automatically left out of Conte’s plan when the Italian left him under the perking order.

“I left Chelsea because I didn’t go on well with Conte. When he (Conte) arrived I had a first meeting with him before the season ended and he told me how he wanted to play and how I can be in the team if I decide to stay, I said ok that’s fine so we went on vacation and came back,” he spoke to Joy FM’s Gary Al Smith.

“He (Conte) was at the Euros so we went for preseason and then he joined us and during the preseason the way he was reacting towards me I didn’t like it so I went to speak with the Sporting Director and I told him my worries and told him what is happening.

“I told him I don’t have confident anymore and if I stay here I wouldn’t be confident enough to show my qualities.

“He told me to just keep calm and keep working hard so I said that was fine and this was in London and then we went to Austria and it started getting worse.

The former Gruether Furth man explains how former teammate John Mikel Obi encouraged him to stay on and fight for a place in the team despite the worrying situation.

“Mikel Obi told me to just stay calm and shouldn’t bother about what he (Conte) was doing but as young as I was I was not taking it lightly so when we went to Austria I spoke to the Sporting Director again and I told him this was way over and I couldn’t take it, he added.

“I think Christian Atsu was part also, I told them I couldn’t take it anymore and then ask what I want to do and I told them I prefer to leave and they said No the Club was not willing to sell me so I said if it’s so then I prefer to go on loan somewhere.

“The then Coach of Schalke was my former Coach at Augsburg so he called me and told me if I wasn’t feeling good at Chelsea he was always available to help.”

The left-back ever since joining Chelsea has spent time on loan at Schalke O4, Reims, Mallorca and most recently Greek Club PAOK.

“It was Essien who really helped me” – Mikel Obi opens…