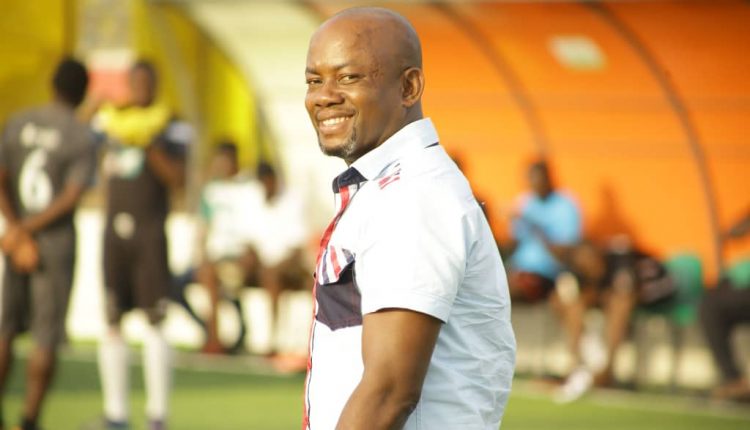 Anim Addo was appointed by the Life Patron of the club, Daasebre Akouamoah Kwahuhene II. 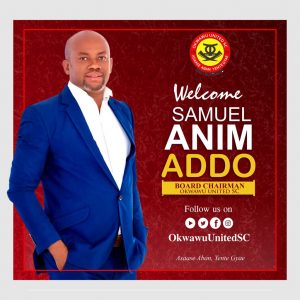 MTN FA Cup Final: How Hearts of Oak and AshantiGold SC made…

FA Cup Round of 16 Draw: Hearts paired against Young Wise…

Other of the board are Kingsley Adofo Addo who will serve as Secretary, Yaw Obeng as Financial Director, Emmanuel Akoto Bamfo as Marketing and Corporate Director with Prince Boateng serving as Operations Manager.

The newly constituted board has been tasked by Kwahuhene Dasebra Akuamoah Agyapong II to restore the club’s past enviable position and brand and compete in the elite division.

Okwahu United the most successful traditional club in Ghana were one of the giants of Ghana Football in the 80’s and represented the country at continental levels.

They made it to the second round of the CAF Cup winners cup in 1987 and were withdrew in the first round in 2001.

Okwahu United were runners up in 2016 MTN FA Cup were they lost 2-1 to Bechem United at the Cape Coast Staiuum.

The club has produced several talents including the likes of Mohammed Gargo and C.K Akunor. They are currently playing in the Eastern Regional middle league which they are hoping to make it it to Ghaniana second tier division after three years absence.

FA Cup Round of 16 Draw: Hearts paired against Young…