MTN FA Cup Final: How Hearts of Oak And Bechem United Made It To Kumasi 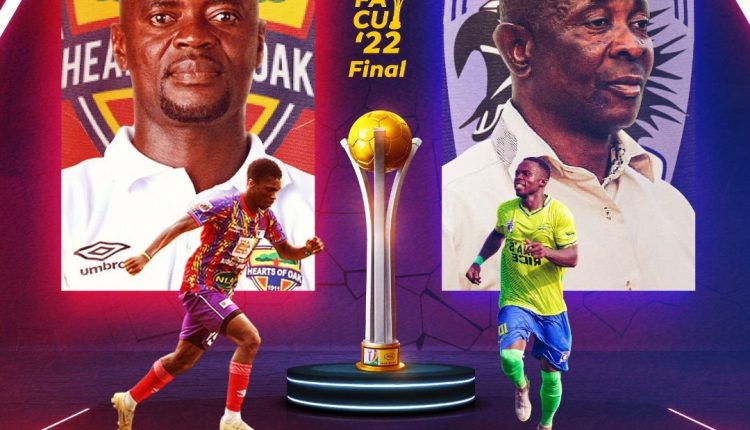 The final will take place at the Baba Yara Sports Stadium on Sunday June 26, 2022.

But how did they made it this far? 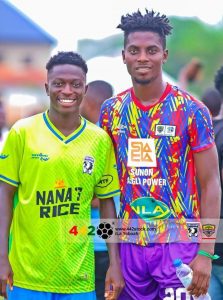 Hearts of Oak” campaign began with a 1-0 victory over Accra Lions in the cup competition to reach the round of 32 stage.

The only goal of the encounter was scored by Ibrahim Salifu in the 22nd minute. Salifu converted nicely from close range after receiving a beautiful through pass from Isaac Mensah.

Hearts of Oak survived a scare from Elmina Sharks as they knocked them out of the MTN FA Cup in the round of 16.

Isaac Mensah scored with Sulley Muntari header to give the Phobians the lead. Sharks equalizer after the recess when Ismael Antwi beat the off side trap to level things.

In the dying embers of the game, Ismael Antwi grabbed a second when his team shot could not be saved by Richmond Ayi. Kofi Kirdzi make it 2-2 through a spot kick.

The game to be decided on penalty shoot out and after missing from Kofi Kodzi, Fatawu Hearts managed to win 8-7.

Hearts of Oak take on another second- tier side Skyy FC. A 1-0 win was enough to send Hearts to the semi – final.

Accra Hearts of Oak booked for yet another MTN FA Cup final ticket as they came from behind to beat Dreams FC 3-2 in the semi final at the Accra Sports stadium on Saturday.

Bechem utd started their 2022 MTN FA Cup campaign with an away tie against AshantiGold SC.

Bechem United managed to beat AshantiGold 2-1 at the Obuasi Len Clay Sports Stadium to qualify to the Round 32 stage of the MTN FA Cup competition.

Bechem utd were up against another Premier league side at the Dun park at Bibiani.Bechem United defeated Bibiani Gold Stars 6-5 on penalties after 1-1 in regulation time to progress to the Round 16 of 2021/22 FA Cup.

Bechem utd faced Division One League team but this time they were in front of the own fan at Nana Fosu Gyeabour Park .

Hafiz Wontah Konkoni scored twice for Bechem United FC in their 4-2 victory over Kumawuman FC to make it to the Quarter Final.

Bechem United in the semi-finals after the Hunters eliminated Division One League campaigners Tamale City. Star forward Augustine Okrah grabbed a brace in the 15th and 75th minutes with Hafiz Konkoni and Latif Anabila scoring in-between.

Kingsley Braye pulled one back in the 57th minute before Bismark Asare netted a late consolation goal for Tamale City inside 84 minutes at the Fosu Gyeabuor Park at Bechem.

However, they managed to beat Aduana Stars 2-0. Emmanuel Avornyo and Augustine Okrah scored for the Hunters to set up a juicy final against last year’s winners Hearts of Oak