Try all means to convince Salisu, Lamptey, Odoi & others – Laryea Kingston to GFA 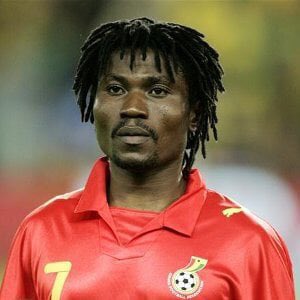 Ex-Black Stars midfielder Laryea Kingston has urged the Ghana Football Association to intensify their chase for players in the diaspora in a bid to bolster the national team ahead of the FIFA World Cup.

The football federation has been hot on the heels of Chelsea’s Callum Hudson-Odoi, Tariq Lamptey of Brighton, Arsenal forward Eddie Nketiah, and the Williams brothers ahead of the global showpiece.

Despite the attempts made by the Ghana FA, the fate of the aforementioned stars and a host of other players in the diaspora remains uncertain.

But a former Ghana international Laryea Kingston has advised the GFA not to relent in their pursuit of the players.

“For me, those players are doing very well, so to me, if we can convince them to play for Ghana for us to get a formidable squad for the World Cup, I will be happy,” Kingston told Bryt FM as quoted by Football Ghana.

Laryea, who played for the Black Stars between 2002 and 2010, cited Kevin-Prince Boateng as an example to incentivize the GFA to continue with their pursuit.

“If we can convince Kevin-Prince Boateng to play for Ghana, then we must try all means to convince Mohammed Salisu, Hudson Odoi, and other players to join us for the World Cup because they are doing extremely well with their clubs”

“Salisu and Odoi are playing for better clubs in Europe, these players are doing well for Southampton and Chelsea so if we are able to convince them to play for Ghana, I think it will play a major role to help us at the World Cup.” He ended.

2022 World Cup: Asamoah Gyan tells Ghanaians to be measured with their expectations of the Black Stars