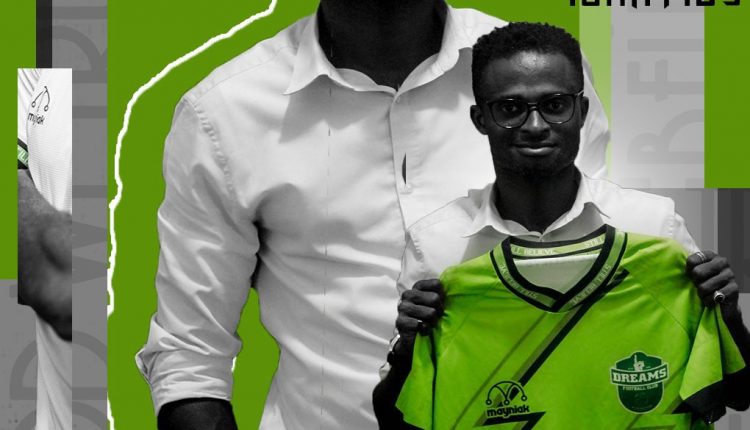 The highly-rated tactician is replacing experienced gaffer Abdul Karim Zito who has been in charge of the club for the last few months.

Coach Zito after the latest appointment of Ignatius Osei-Fosu returns to his official role as Dreams Football Club Technical Director.

“We are pleased to announce that 𝑰𝒈𝒏𝒂𝒕𝒊𝒖𝒔 𝑶𝒔𝒆𝒊-𝑭𝒐𝒔𝒖 𝑲𝒘𝒂𝒎𝒆 has been appointed as the manager of the club, he replaces technical director Abdul Karim Zito who will revert to his original advisory role,” a club statement from Dreams FC said on Wednesday evening.

Coach Ignatius Osei-Fosu prior to his Dreams FC appointment has in the past worked with Premiership sides Techiman Eleven Wonders and Medeama SC.