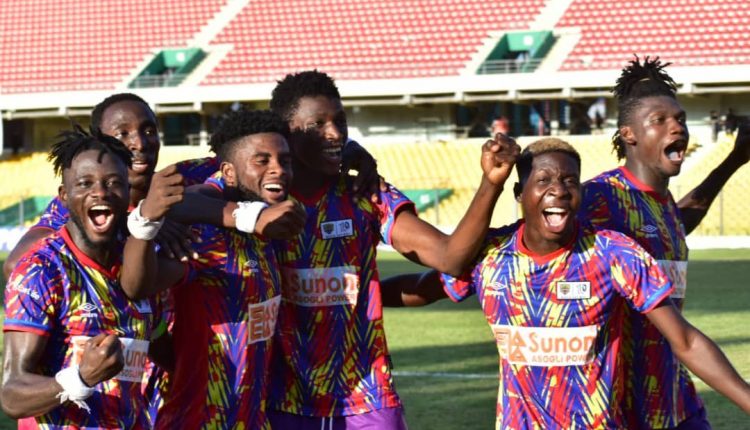 Accra Hearts of Oak trainer Samuel Baodu will be without two of his first team players for the clash with Wydad Athletic Club at the Accra Sports Stadium.

The Ghanaian trainer will miss the services of midfielder Emmanuel Nettey and defender Caleb Amankwah ahead of CAF Champions League game against Wydad Athletic Club of Morocco due to varying degrees of injuries.

However, the Communications Director of Hearts of Oak, Opare Addo has offered fresh optimism over Emmanuel Nettey and Caleb Amankwah’s availability against the Moroccan giants.

“Even through there have been some knocks, the medical team is working so well on them and things looks positive, they “MAY” be available for selection considering how good the medical team work on them”. Opera told Koforidu-based Radio station Aben FM.

“We are hoping to get them fit so we can use them against WAC”. he added.

The Phobians, Ghana’s sole representative in this season’s CAF inter-club championship, will cross swords with Wydad Athletic Club at the Accra Sports stadium on Sunday October 17 before traveling to Morocco in a week’s time for the reverse fixture.

Should the Phobians cross this daunting hurdle against the former African champions, they will feature in the group stages of the most prestigious club competition on the continent for the first time in 2006.

Know Your GHPL Club Coaches Ahead of The 2021/22 Season