Know Your GHPL Club Coaches Ahead of The 2021/22 Season 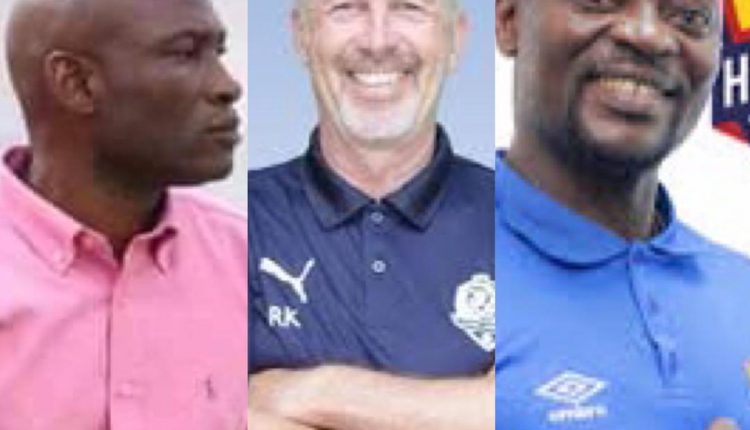 Professional football is a ruthless business and coaches are perhaps the most volatile components of them all.

For all the talk of game plans, tactics and long- term plans, managers/ coaches are rarely appreciated in the success of any football club despite their efforts.

Implementing an ambitious new style of play, promoting youngsters from the Academy and building them for the future are all noble aims but the results matter more than anything else.

Patience from both owners and supporters can quickly wear thin and the coaches are unfairly fired after been hired.

Last season, out of the 18 Premier League coaches who started the season, 14 of of the coaches have lost their jobs before the season ended. Only four coaches survived as seen in ; Great Olympics’ Annor Walker, Dr Prosper Narteh Ogum of WAFA, Ernest Thompson of Ebusua Dwarfs and Elven Wonders’ Ignatius Osei Fuso.

This time, 13 club will start the season with a new manager – Dr Prosper Narteh Ogum at Kotoko, Ignatius Osei Fuso of Medeama SC Williams Zaragoza of WAFA, Bismark Kobbey Mensah of Karela United among others.

After winning promotion, Accra Lions coach Rainer Kraft, and Shaibu Tanko of Real Tamale United will take charge of their games in the Ghanaian top-flight.

Here are the 18 Ghana Premier League Coaches for the upcoming season:

Below is their pictures;

Ghana’s Agony of Waiting For An AFCON Trophy…