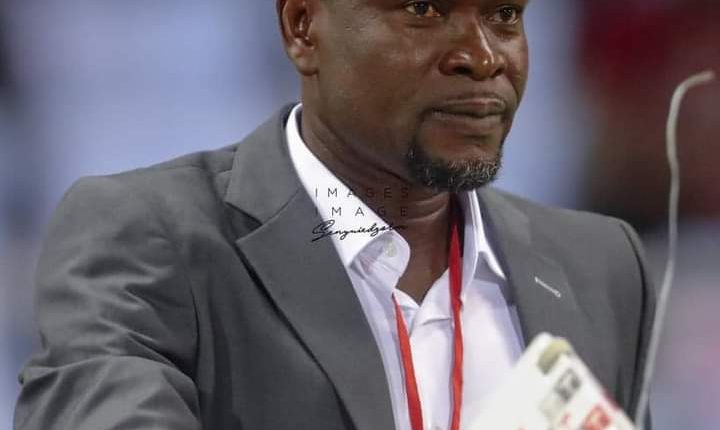 The appointment of the current coach of the Black Stars, C.K Akonnor was embraced with mixed feelings. The usual razzmatazz associated with the arrival or appointment of a Black Stars coach was conspicuously missing.

Whereas the proponents of local coaches had a field day touting the credentials of C.K Akonnor, the cynics on the hand cautioned that his appointment should not be seen as a master stroke because they felt C.K. was not cut for that audacious assignment.

Prior to his to his appointment as the substantive coach of the Black Stars, he had chalked some successes on the local scene by spearheading Dreams FC’s promotion into the Ghana Premier League. The icing on the cake was when he guided Kumasi Asante Kotoko to win the 2019 Ghana Premier League (Normalization Cup, Tier 1) and subsequenly aided them to qualify for the group stag of the CAF Confederations Cup after unsuccessful attempts by his predecessors in the last decade.

Having coached some other big clubs like Accra Hearts of Oak and Ashgold FC, and deputizing as a coach for the U-17 and U-20 national teams from 2010- 2011 and 2011-2012 respectively, it was just a matter of time for him to leapfrog other equally competent coaches to assist the then head coach of the Black Stars, Kwesi Appiah.

Having garnered all these rich experiences under his belt, much was expected of him to turn the fortunes of the senior national team around because many felt Kwesi Appiah did not do well in making a case for local coaches with some sloppy performances and in some cases, bereft of technical knowhow to lead his charges in extricating them from the jaws of defeat.

Kwesi Appiah was vilified and pilloried by fans for not inspiring confidence with his style of play, hence, he was given the boot for CK to step into his shoes.

Many thought CK would revive the ailing senior national team by breathing some air of confidence into the team with some delectable performances, but alas, he has flattered to deceive.

CK’s output after taking over the reigns of the Black Stars has made Kwesi Appiah the god of coaching because he has added virtually nothing to the team. Performance wise, Kwesi Appiah is streets ahead per the statistics. This is a testament to the fact that the Ghana Football Association rushed in making CK the head coach of the Black Stars.

His call ups have not lived up to the billing. He has gulped down hook, line, and sinker, the perception that anything foreign is superior to anything indigenous. Foreign coaches have in the past been bashed for always abandoning players plying their trade in Ghana and going for anyone with the minutest link to Ghana to don the jersey of the national team ahead of the locals irrespective of where they are on the planet and whether they play peripheral roles in their teams or not. CK Akonnor is replicating same attitude and he is even doing worse.

The likes of Gladson Awako, Fatawu Mohammed and a host of others put up splendid performances week in, week out in the just ended Ghana Premier League. I do not know what extraordinarily performances CK wants to see from these lads to make them a mainstay in the team. But for absence of Andy Yiadom, Fatawu Mohammed would have continued to mark time in his quest to play for the national team. I was happy he gave a good account of himself when he was called to prove his mettle.

I have a soft spot for Baba Rahman, but I think it is time CK made it known to him that one’s place in the team will always be on merit and not sentimental reasons. Baba’s unfortunate injury has robbed him off scintillating performances. He needs to assiduously work on himself to regain his former self in order to warrant a place in the team, else he should kiss his days in the team goodbye.

Some other players per their performances in the last two qualifiers should go nowhere near the team.

In the last two qualifiers, the team was a pale shadow of itself. We were fed a listless performance and substandard coaching. The coach was at sea and could not turn things around because he selected a bad team to represent the nation. The defence was porous, midfield was nonexistent and the attack was blunt.

ACTIONS TO BE TAKEN
First and foremost, we have to admit that we do not have the best team to compete against the best on the continent. If we are struggling against the likes of Ethiopia and losing to South Africa, we should be ready with our basket when we meet the likes of Egypt, Morocco, Nigeria, Tunisia etc. We will receive the beating of lives.

Without sounding like a broken record, dormant players should have no place in the team. Quality players should be scouted and as a matter of urgency, the conveyor belt, the U-20 team should be given the utmost attention in order to feed the Black Stars with quality materials.

CK Akonnor can not take us to the promise land, unless something monumental happens. He should take an early shower and observe from the touchline since the task ahead is beyond his tactical acumen. The GFA should hire a competent coach who will have no room for mediocrity to lead the nation to the land of glory.

VERDICT
CK Akonnor’s report card per his performance has made the call for local coaches to handle the Black Stars a tall order. Local coaches aspiring to lead the Black Stars in future would have to put in much effort to grab that envious position. There’s no room for mediocrity!