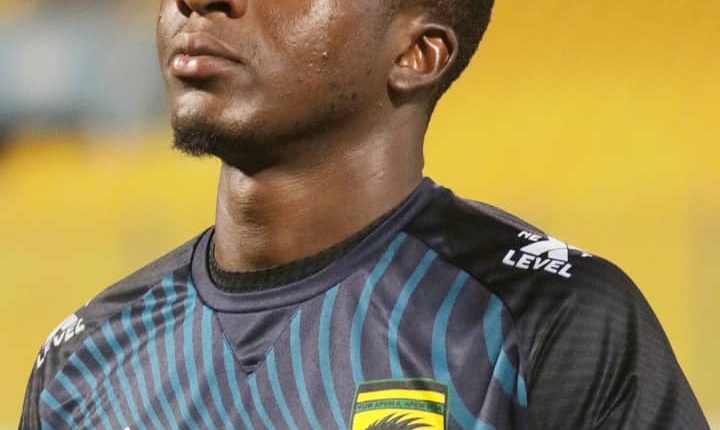 The captain of the Porcupine Warriors is on the verge of completing his switch to Tarkwa based club Medeama SC.

Asante Kotoko goalkeeper Felix Annan is set to join Medeama in the next transfer window.

The Mauve and Yellow outfit have identified the 26- year- old as replacement for Eric Ofori Antwi.

Medeama SC first choice shot- stopper Eric Ofori Antwi is reportedly leaving the club at the end of the season when his current contract expired with the club.

Ghsportsnews.com understand that the President of Medeama SC Moses Armah Parker is preparing a mouthwatering bid to Asante Kotoko over the possible acquisition of the Black Stars ‘B’ goalie.

Annan lost his no. 1 position at Asante Kotoko to Razak Abalora after he got injured on matchday two of the Ghana Premier League against Berekum Chelsea.

Annan has established himself to become one of the highly-rated goalkeeper in the Ghaniana top-flight League for the past three seasons.

Annan joined the Porcupine Warriors in 2011 and has during his time, won three Premier League titles, two FA Cups and several cup games.

He was a member of the Black Stars squad that represented Ghana at the 2019 Africa Cup of Nations qualifiers.