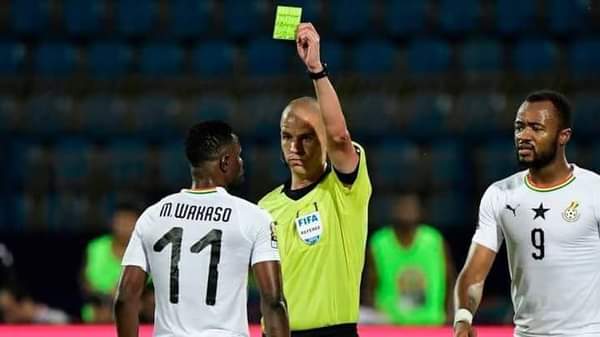 South Africa’s best referee Victor Gomes has been appointed by Caf to officiate Ghana’s make or break encounter against Gabon in 2021 Africa Cup of Nations on Friday, according to AshesGyamera.com reports.

The 38-year-old, who was in the centre of action when Ghana were eliminated from 2019 Afcon by Tunisia in the round of 16, after he disallowed Andre Ayew’s goal which could’ve sent the Black Stars through to the next stage of the competition.

With Ghana in dire need of three points now, Gomes is expected to fairly handle the game, although a lot of Ghanaians are harbouring fear that he may be blinded with revenge since the Black Stars were controversially qualified ahead of South Africa in the 2022 Fifa World Cup qualifiers after Senegalese referee Ndiaye Maguitta awarded them a penalty.

A defeat for Ghana against Gabon will likely end the Black Stars’ journey at the tournament earlier than expected.

Gomes has always believed that refereeing is a passion for him because he has been officiating since he was 14 years.

“For me, this is not a job but it’s a passion and I am very passionate about it. I love refereeing and it makes it very easy for me. It is a life time commitment,” Gomes says, speaking to CAFOnline.

In 2016, Gomes hogged the headlines in South Africa when he sent off a ball boy for unintentionally throwing a ball on the pitch in a game between Mamelodi Sundowns and Cape Town City FC at in the Premier Soccer League. 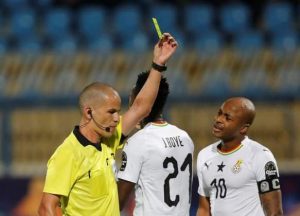 Although, Gomes has been very successful, he insists that he wouldn’t have reached this far without the support of his family and friends.

“It is definitely not easy but I am happy because I am blessed with a very good support structure. I have family, friends and workmates who play an important role in supporting me. If you are to succeed you must have a very good foundation,” he explains.

“In my business, I have a partner who does things when I am not around and also thanks to technology, you can always make things move when you are not around. With refereeing comes a lot of travelling and you are away for so much time, but having people to support you is important,” further adds Gomes.

“It has been a very interesting journey and I am really happy with how things have gone for me. I am grateful for the people who have supported me to be here today,” Gomes says.

In spite of the controversies surrounding Gomes, he has also attracted good headlines. In 2018, Gomes seized the headlines worldwide after he rejected a $30,000 bribe to manipulate a CAF Confederation Cup match.

Gomes was reportedly approached to fix the first leg play-off encounter between Nigeria’s Plateau United and Algeria’s USM Alger which Plateau went on to win the encounter 2-1.